As a sign of support and encouragement, Pinta PArC highlights the work of the AMANO Museum and its collection of Pre-Columbian Textile Art.

The institution was born out of the initiative of the successful Japanese businessman, Yoshitaro Amano, to protect the cultural heritage of Peru from destruction and looting. In his numerous travels around the country, Mr. Amano was able to see the objects left behind by tomb raiders and, being a person of great culture, he understood their importance. For this reason, he dedicated a large part of his time and funds to recovering and preserving abandoned objects in the deserts of the coast, exhibiting them in his house in Miraflores.

In 1964, he founded the Amano Museum, one of the first buildings designed in Peru to function as a museum. After its foundation, it was recognized as one of the most important exhibition spaces for Peruvian textile art and a bridge for cooperation between Japanese and Peruvian researchers. Fifty years later, the Amano family made the decision to remodel the museum in keeping with its founder's tradition of service and research. The new concept offers a modern exhibition approach focused entirely on the world of pre-Columbian textiles, under modern conditions of exhibition and conservation. 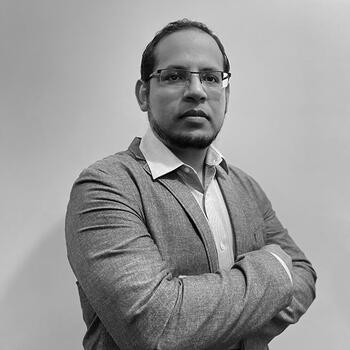 Archaeologist from the National University of Trujillo, Curatorial studies at the IMCR-Mexico, with a Master's degree in Museology and Cultural Management from the Ricardo Palma University. He has participated in projects such as the Inkariy Museum (Cusco), Julio C. Tello Site Museum (Ica), Paseo Yortuque (Lambayeque), the Pre-Columbian Textile Museum Amano (Lima), the Site Museum and Archaeological Complex Huaca Pucllana (Lima). International exhibitions, The Lord of Sipan (Alicante) and exhibition Pre-Inca Treasures of the Moche Culture - The Lord of Sipan, The Murals of Huaca de la Luna and the Lady of Cao (Cadiz). His work has led to his participation in audiovisual projects such as "Peru: empire of hidden treasures" "The Lord of Sipan" and "Chavin: the Rome of the Andes". As a teacher he has collaborated with the National School of Fine Arts and the Simón Bolívar University-Lima. He currently works as an independent curator of archaeological collections.