As a novelty, this year Pinta PArC is proud to present a new space with a leading role marked by the textile art of Tiodoro Pacco. Institutionally and with the curatorship of Jerson Ramirez, the aim is to recover, highlight and celebrate the traditional techniques and artistic work of the region. The space is thus dedicated to the exploration of memory, the transmission of cultural values ​​and the examination of the processes and formats that are interwoven in the Peruvian artistic identity.

In its space at Pinta PArC, the exhibition is made up of works that are part of cultural promoter Armando Andrade’s collection. These large format works exhibit geometric designs in black and white. Arranged in patterns reminiscent of op art works, the works have a particular dynamism where modernity is interwoven with the warm character of the textile fibers.

"Peru is internationally recognized for its textile tradition and diversity," shares Jerson Ramirez, curator of the exhibition. “Each region is characterized by a certain technique, material, color and shape. In this sense, the textiles can be understood as a sort of portrait of the territory in which they were created. The town of Palca, in Puno, stands out for its alpaca farming tradition. For this reason, it is not surprising that the artisans of this community have learned to dominate the fiber of these animals and elaborate complex and colorful textile pieces that they integrate into their daily work. One of the greatest representatives is Don Tiodoro Pacco, who learned the weaver's trade in his teens in his father's workshop. Possessor of a curious spirit, Don Tiodoro carries out a constant technical and material exploration that allows him to innovate the local tradition and elevate his work to the category of art.”

As a sign of support and encouragement, Pinta PArC highlights the work of the AMANO Museum and its collection of Pre-Columbian Textile Art.

The institution was born out of the initiative of the successful Japanese businessman, Yoshitaro Amano, to protect the cultural heritage of Peru from destruction and looting. In his numerous travels around the country, Mr. Amano was able to see the objects left behind by tomb raiders and, being a person of great culture, he understood their importance. For this reason, he dedicated a large part of his time and funds to recovering and preserving abandoned objects in the deserts of the coast, exhibiting them in his house in Miraflores.

In 1964, he founded the Amano Museum, one of the first buildings designed in Peru to function as a museum. After its foundation, it was recognized as one of the most important exhibition spaces for Peruvian textile art and a bridge for cooperation between Japanese and Peruvian researchers. Fifty years later, the Amano family made the decision to remodel the museum in keeping with its founder's tradition of service and research. The new concept offers a modern exhibition approach focused entirely on the world of pre-Columbian textiles, under modern conditions of exhibition and conservation. 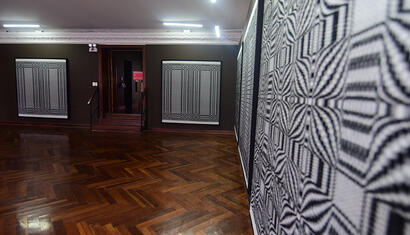 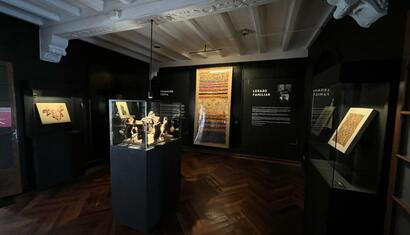