The eternal return of modernisms

The force of a false common sense indicates that contemporary artists are mainly concerned with current issues. In fact, etymologically "contemporary" means "on a par in time", that is, in the very time that one inhabits. However, there is a considerable number of artists who insist on rethinking modernism through the prism of their practices. Whether it is considered an unfinished project or an exhausted paradigm, the story of modernity – its drifts, its fissures, its reformulations and questionings⎼ continues to function for multiple artists as a source from which they drink, as an archive to which they turn to review and question its canon, to activate its references, to reconsider both its humanist and utopian dimension and its colonial and authoritarian bias.

For the Solo Dúo Project at PINTA PARC, artists will be selected who, from the indefinite poetic space of contemporary art, revise the paradigm of modernity, paying attention to its lights and shadows, throwing questions at its resonant echoes, still today. 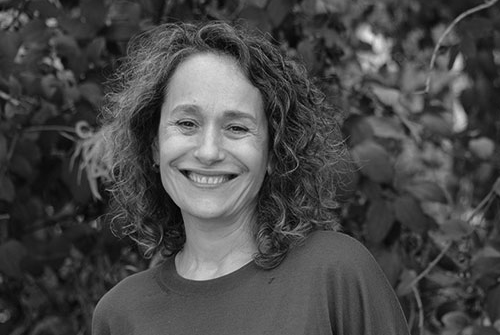 Curator, art critic and contemporary art teacher. She is the Chief Curator of the Parque de la Memoria where she is in charge of the Public Art Program and the curatorship of the exhibition hall where the first exhibitions of Bill Viola, Alfredo Jaar and Anish Kapoor were held at the Argentina. She was the curator of the two editions of arteBA Focus (2016 and 2017) and curator of "Disruptions" within the framework of Art Basel Cities, Miami Beach in 2019. She has given work clinics for artists in the programs of the National Endowment for the Arts, Entrecampos Regional and Boomerang, as well as collecting clinics for arteBA in the cities of Córdoba, Mendoza and Buenos Aires. In 2013, she obtained the Trabucco Grant for a research project on the irruption of memory in Argentine art during the 1990s. In 2016 she obtained the Radio France Internationale and Radio Cultura Award for the Promotion of the Arts for the Parque de la Memoria Curatorial Program. In 2019 she was the curator of the Argentine submission to the Venice Art Biennale. She is currently President of the Argentine Association of Art Critics (AACA), Professor of the Master's Degree in Curatorship at the Universidad de Tres de Febrero (UNTREF) and is a member of the BIENALSUR Curatorial Committee.